Fort Udny was built in 2011 from reclaimed timber.  Held together with M10 coach bolts and screws it has survived some extreme storms and hard play in the past 5 years.  Originally a platform standing on 6 stilts I later added a lower deck and a small hidey hole (Toy storage) with door and rear escape hatch.  There is a stair on the back to get up to the platform and quick escape route down the slide.  Other features include a small climbing wall on the side, a swing, periscope, telescope and flag pole, all useful in defending off invading pirates or cowboys.  At night there are solar fairy lights that come on after dark and provides a great escape for kids and occasional adult. 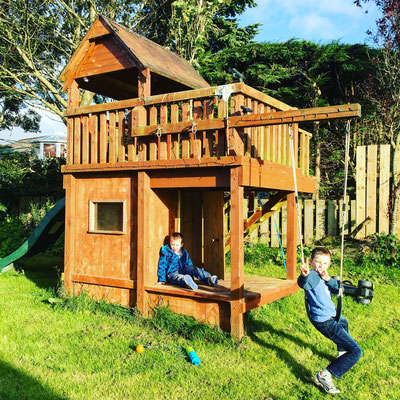 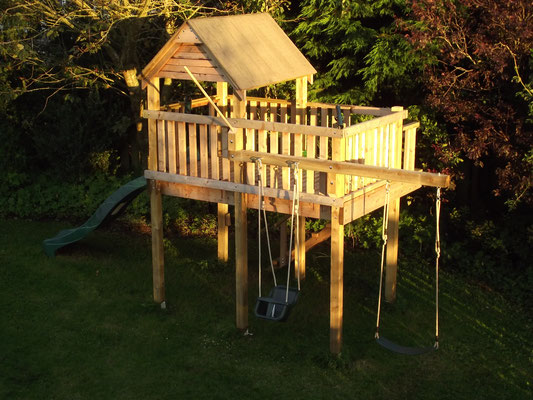 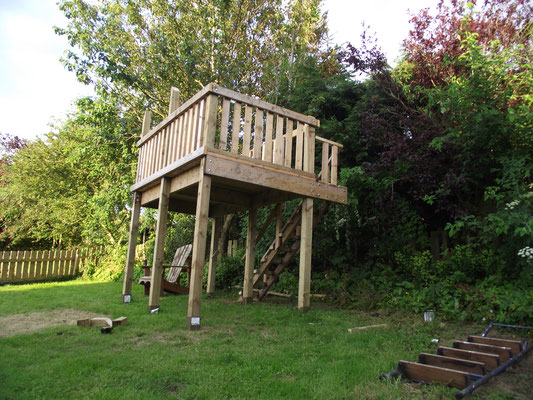